So I was asked to write a story for a shared-world anthology - basically a collection of stories from different authors based on a common theme or over-arching storyline. In this case, a madness that spreads through a remote asylum, person to person, trapping people inside while a monstrous sandstorm rages towards them. The anthology has become this amazing blend of written and visual creepidom, and it is officially open for pre-orders with some major perks if you do. 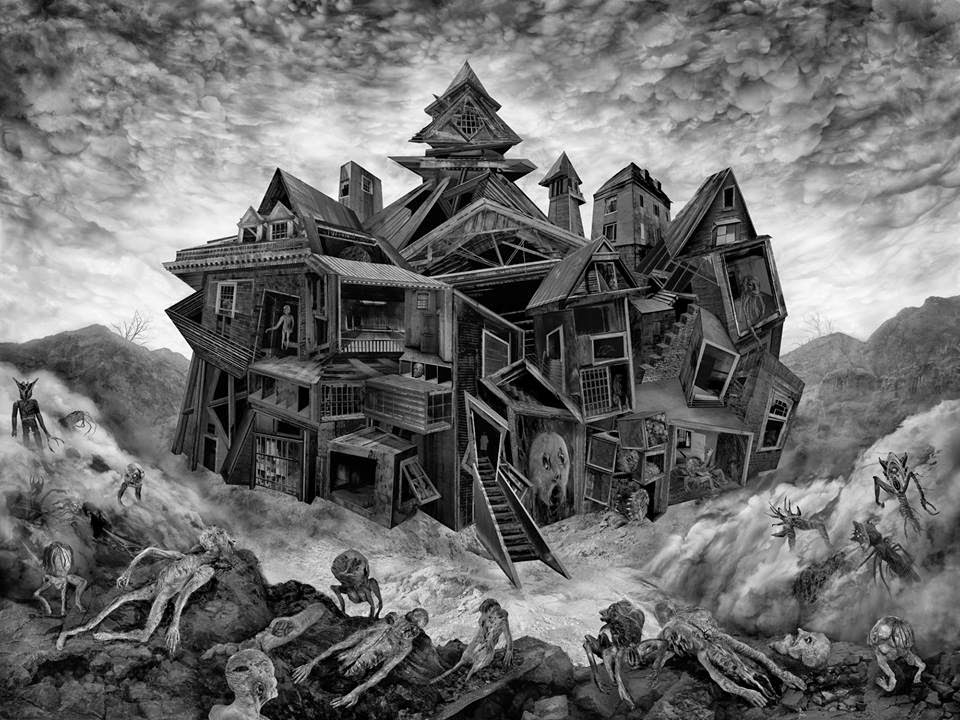 "My Dearest Gwendolyn" is a fun addition to the storyline, I think, and will be included closer to the end of the anthology because that's roughly where I set the piece. It's also under my pseudonym, G. Daniel Gunn, the name I've been using lately for my straight horror pieces.

Click Here for a Full Description and Pre-Order Information

There's a great line-up of authors, some quite well known alongside some newer names. It's going to be published through Dark Regions Press.

MADHOUSE is up for Preorder now at the above link, with some amazing special deals for those wanting to grab a copy ahead of time. Definitely check this out, it's become something of an event now.

Posted by Daniel G. Keohane at 6:51 AM No comments:

One Plague to Another

Been a long time since I've posted anything on my writing. But I hadn't been writing much these past few years, transitions, finding a new rhythm to Life, and all that.

After many years of putting it aside, many yellow sticky notes and theme & plot reassessments, Plague of Darkness, which was first conceived eleven years ago during a 40th anniversary mass at my old church and which slowly took shape over what seems like a lifetime (a lot has happened in the last 11 years, including a way-too early version of the novel being published in Germany) I can honestly say it's done, and it is pretty cool. Dark, but I think pretty original.

While I debate publishing options (remembering the literal years of hearing back from every major publisher about Margaret's Ark with praises for the story but eventual decline to publish because they didn't know how to market it, what genre it was - so finally decided these types of books might do better through my own publishing efforts... which they have), I've picked back up the next, partially-written (but fully outlined) book in the Plague series, loose as the series is since the books have nothing to do with each other: Plague of Locusts. This one is science fiction, not suspense/horror - though hopefully it is suspenseful. I really, really like the characters in it and it's been fun jumping back into their worlds (three of them, in fact). So far, 26,000 words down. I've been going through the chapters and editing, mostly to train my muse to the voices and the rhythms of the narrative since I've been so long away from this one. Tomorrow I'll be sitting down to write the first new words (aka Chapter 22) added to the manuscript since I first conceived the idea - again, years ago.

On the horror front, I'll be posting on this blog, and FB and Twitter (yea, I really need to use these venues more) some exciting news about the pre-order launch of a new shared-world anthology, called Madhouse. It features my story "My Dearest Gwendolyn" (under my dark twin's pseudonym G. Daniel Gunn) and it's pretty cool. I share the pages with some other awesome writers. More on that to come, very soon.

Here's to more writing news on these pages and, more importantly, the pages of my word processor. :)

Posted by Daniel G. Keohane at 8:49 PM No comments: