So my general idea came about when - aside from not writing - I still hadn't gotten my Mom or Dad a birthday or Parental Day gift. Paintings are cool. I thought, Hey, what if I gave Mom a gift of her son writing at least 500 words every day? Yea, I suppose that's like giving your retired, semi-eldgerly parents a $500 iTunes gift card. Then, since they aren't going to do anything with it, take it back and buy some songs for my own iPod.

Still, the thought was good. But I didn't get to see Mom or Dad that day, but I am still writing (since only Saturday, so we're not talking a long streak just yet) at least 500 words every day. A few more usually. Maybe I just needed the right push, the above idea was at least a spark, but the fire caught when my Beloved did not like the idea. "Maybe choose something more realistic," she suggested, "500 words every other week" or something like that...? Hmm? When a writer who used to crank out on average 1500 words a day on his lunch break, it was a bit of a wake up call.... I knew 500 word a day is an easy target, if I simply make it a priority and stop questioning everything. But for the past couple of years I hadn't. I'd been talking up a storm, needing to do this, needing to write that, but words are birds fed by the seeds of one's actions. So anyway, been sticking to it. Have Dad's present, but it's not a paiting. Still owe Mom something after all these months. But at least I'm at 2200+ words and am slowly putting together a promised story for an anthology (which has probably already gone to press but I'm not going to ask... need to write & polish this so I can say it was done, regardless if it fits anywhere). Then move on to the next. Slowly, prayerfully, stepping forward on new legs.... 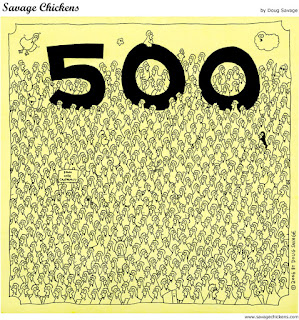 Posted by Daniel G. Keohane at 8:36 AM No comments:

I'll follow up on yesterday's post soon (though I will say, 1400 words written since yesterday! Yes!) but wanted to share this collage daughter Audrey put on the computer for me (lyrics sound biblical but I guess they're from Taylor Swift). :-) 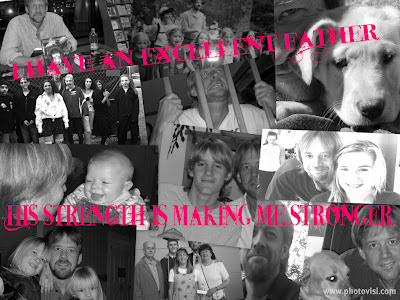 Posted by Daniel G. Keohane at 9:28 PM No comments:

So yesterday's melancholic.. is that a word?... post was from the heart, but also inspired by Tamara Hill Murphy's blog post: Will You Be In My Tribe? I've been staring at paper, staring at pages, for two years with not a lick of fiction written except for some rough notes for a novel in a note book (sounds like a cool novel though). Granted, I had a backlog of completed work, and am slowly poking my way through a much-needed edit of Plague of Darkness (though poking is still too strong of a word). I have a promised story for an anthology way past due - a story I have completely fleshed out in my mind but which might be far too late when I write it down - we'll see. Don't want to ask. Want to write it - want to write. Period. But I don't. I stare and sometimes even force my fingers down onto the keyboards, typing like I'd be running from a monster in a nightmare: one... slow... step... and come out with a word. It's really, really bizarre. So this strange conditon is not for lack of ideas, I'm brimming with them, but something else. Partly, yes, my life is a hell of a lot different lately. New love, new life, new world, new wife and all that. And I play games with myself - should I write this, that, what is my calling, will writing horror be against that, what exactly is that?

That kind of thing. Mental, creative procrastination. Meanwhile, nothing is written.

So, I have an idea. Yet another, true, but I like this one. Inspired by Tam's post, but also a line from Matt Mikalatos' book Imaginary Jesus:


"You're so afraid of your imagination," Pete said. "You never use it for good things because you're worried you'll end up imagining something pornographic. You need to get control of yourself. The imagination can be purified like any other part of you."

And the fact that I still owe Mom a birthday present from January, and promised Dad a painting for his which was last week. And I stand at the art closet dreading any pending creativity. Then I thought of it  the idea, I mean. Mom's going to be getting a bit of a selfish (to me) present... but then again, being a parent myself, it might be exactly what she would have asked for, had she even known she wanted it. :-)

More as it unfolds and I make sure I don't cop out.

Accountability. It works. If you take it seriously.
Posted by Daniel G. Keohane at 12:23 PM 2 comments:

I need to break out, I need to build words, need to use my talents as it were. Songs like this one just speak to my heart, my yearning to create. I haven't written a single word in 2 years. Trying to break out, but I just sit. so many things I want to write. I'll start with this, sharing the wall which I built in my way, here and, in effect, start writing. See what happens.

Posted by Daniel G. Keohane at 7:03 PM No comments:

A Master Never Leaves When His Words Remain Behind 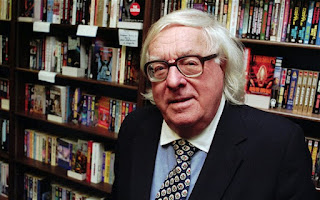 Rest in Peace, Ray Bradbury. Thank you for writing the first genre book I'd bought on my own with my own money (Farenheit 451) and which made me want to write stories ever since. Thank you for your inspriation, your short stories and novels, your gleeful breaking of grammar for the sake of the story, and most of all for your sheer JOY all of your life in writing and imagining and being exactly - EXACTLY - who you were supposed to be. And for sharing that Joy with all of us every moment of your life.

A faithful reader and fallen writer who yearns for that joy to return.
Posted by Daniel G. Keohane at 9:12 PM No comments:

I know a while back (few years) I shared this link but that was before I learned how to embed link. This video always makes me smile. This guy really did go to all these places and filmed himself dancing that goofy dance of his. In this case, he even had a sponsor to help pay for it. The message is always very cool. People are, at their dancing basic, the same everywhere.

Posted by Daniel G. Keohane at 1:46 PM No comments: