Hanging at the Wall

So, having been active more often on Facebook this past year, one tends to neglect one's blog, at least for posting more personal musings. I plan to do more here... I even got a blogger app for my phone, and am typing this on a tiny virtual keyboard with my thumbs. This can't be healthy, in some way society won't discover until it's too late and a new, horrible strain of carpal tunnel is discovered.

Thanksgiving has come and gone, and I have to say it was a good one. My son came up to visit from NYC for a week and a half, youngest daughter visited from college, and older daughter borrowed our minivan to travel four thousand miles round trip with my niece and their friends to north Dakota to join the pipeline protest, and made it home safe and sound. As did my minivan in a less important way. Proud of all of them, and their almost baby brother (Linda and I are adopting) loved having them all around. 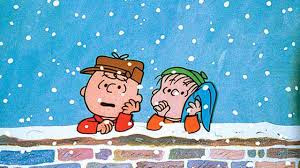 Now, we have the Christmas tree up, decorations scattered throughout the house and time to start looking towards December 25th. This morning a question was asked at my church men's group, what are we all doing between now and then to prepare for Christmas, to develop a deeper understanding of ts significance to ourselves and the world around us. The conversation veered off before I could answer, which is probably good because I hadn't ever really thought about it. Getting ready for Christmas always meant shopping lists and visiting and church and friends and family events and watching the Grinch and The  Family Stone. And, oh yea, the true meaning of Christmas somewhere in there, at a high level.

What is that last one anyway, and how do we get ready for something that mind boggling and significant? Well, I guess I'll think about it, chew on some ideas and maybe spit them out here. We'll see. Not tonight. My thumbs are getting tired.

Back in the day this blog served as confidente, counselor, and an historical record of my life external, and internal. My heart. Let's see if we can't get back to that more often. I'll also start posting more on my alter ego's page gdanielgunn.com as well.

Hope you all had a great Thanksgiving, and let's see what we can do to make Christmas even better.
Posted by Daniel G. Keohane at 10:23 PM No comments:

I caught the newly-released FANTASTIC BEASTS AND WHERE TO FIND THEM (2016), J.K. Rowling and David Yates' return to the world of Harry Potter (sort of). My review and discussion on the film is now playing at Cinema Knife Fight! 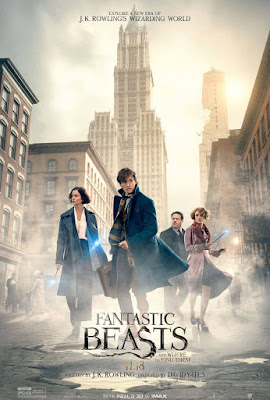 Posted by Daniel G. Keohane at 8:27 AM No comments:

Plague of Locusts is Away...

Well, my new science fiction novel, Plague of Locusts, is now officially out there in the cruel world of submissions. Meaning, after a brief stint of putting some books out myself, to some acclaim, and before that spending years with agencies trying to sell my not-always-easy-to-peg (marketing-wise) novels, I've decided to try the traditional route to publishing again, especially with this novel and the upcoming horror novel. I'm not trying to cold-sub to publishers, not at first. As of today, Plague of Locusts has been submitted to a couple of major New York agencies. I may submit to more as I continue my research. They may, may not, get back to me, as they say right on their guidelines, to paraphrase, "Due to the large volume of submissions, we will only respond if we're interested." I suppose that's fair, in some ways, though a brief "no thanks" would always be a nice thing to do.

But I've been down this road before, and have much thicker skin. So, out it goes, and in the meantime I've been working on an outline for a sequel to Plague of Locusts - not writing it, not even (yet) outlining, but world-building. What has happened since the close of the novel, histories of the new worlds we're going to discover, and at some point, decide where the second in what I'm called the Vast Array Series, will kick off. I had a great epiphany about the people on a certain world, their history, etc, and am starting to get excited about it. VA #2 will possibly take place a couple of decades after #1, but not exactly sure yet.

Also, Lost in the Woods, the horror novel, is in the late editing stages, and I'm going to run through this over the next month, print it off, and hand it to my first reader(s).

More as things develop. I've been too long remiss in adding my voice to this blog. I'll try to do better.

PS: Oh forgot to mention! Solomon's Grave, my first novel, is currently out of print. After getting my rights back, I'm debating whether to release it under my own label or not. More as I know what I'm doing.
Posted by Daniel G. Keohane at 12:09 PM No comments:

Editors Scott Goudsward, David Price and I recently sat down with Tony Tremblay and Phil Perron of The Taco Society Presents local access TV show to discuss the NEHW's newest anthology, Wicked Witches! We talked about the process of putting an anthology of short stories together, the NEHW, our own work, and then wrapped up with brief readings from excerpts from stories in the book. You can find it on Youtube, or just click the link below to watch it here:

Posted by Daniel G. Keohane at 9:30 AM No comments: