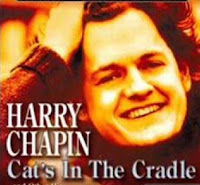 On December 14, 1991, I dropped my wife at the hospital as the doctors prepped her for delivery and drove the four miles back to the house to get an overnight bag and the baby-delivery items we were told to pack. It had begun snowing. On the way to the hospital again, the driving was slow along Interstate 290, and what should play in the radio but Harry Chapin's song Cats in the Cradle. You'll have to YouTube it for yourself to understand this song's significance for a young father-to-be on his way to deliver his first child. It was always a significant song for me, and in that moment I knew I would be involved in every moment of Andrew's life (we actually had "Amanda" as a name but he ended up being a boy, but that's another story how his name came to be, for another time). He was born in a wild delivery with dropping blood pressure, separating placentas and emergency C-sections, delivered in the wee hours of December 15th, five weeks premature, small but healthy. 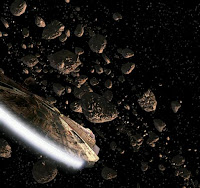 The years that followed were amazing times: baby raising, potty training, playing with dinosaurs and cars, getting him through the "chicken pops," first day of school, cub scouts and Webelos where I was the den leader, watching Star Wars for the first time, reading books every night, vacations, hiking, swimming, then eventually high school and college. Finally, helping him move out to New York.

Life's gotten interesting in the last decade, but the rumblings have settled down. The boy is now a man, living and working in the Big Apple, living his life, preparing to come home for a few days at Christmas. It'll be good to see him. It's weird. Every parent goes through it at some point. Years ago I moved from seeing my kids every day, to less often, as they moved through their own lives. They call, sometimes (and I whine about the frequency like the good empty-nest father that I am), visit, email. His sisters are better at it than he is. I suppose I was no better at his age, it all comes around, don't it? 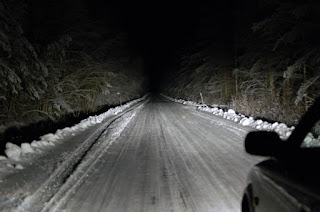 I still think often about the first night of my son's life a quarter century ago, listening to that very specific song. It think I did OK as a Dad, and though the future is a dark mirror, the next twenty-five will have its own adventures and challenges as a father, and for three adult kids, and our new two-year old. But today (well, yesterday as I polish this up), is a day to celebrate my First's first quarter of life. I miss him, as all Dads do when their children are no longer children and become who they were destined to be. We do the best we can in that first quarter century, imparting what we can, both deliberately and accidentally. After that, it's in His hands, and theirs.
Posted by Daniel G. Keohane at 10:00 PM No comments:

He has made everything beautiful in its time. He has also set eternity in the human heart; yet no one can fathom what God has done from beginning to end.
Ecclesiastes 3:11 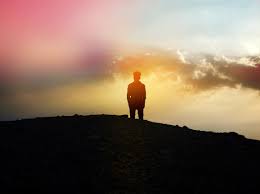 The above verse is described by Solomon as a burden God has set on the human race. Strange, that having eternity in one's heart is a burden. This verse had come up a few times over the last week. Or maybe I'm just receptive to it with the mid-Christmas season upon us. I don't actually think that, but it sounded like a good way to work Christmas into this entry, though I don't think I'm going that route tonight.

It's been an off month for me. Not a bad one, there have been good, even great things in life laid at my feet so far. But I've been disconnected in a number of ways. I think I've mentioned that already. Maybe this will be a good way to reconnect with... something.

Been talking Ecclesiastes with couple of folks lately. This has always been one of my favorite books of the Bible. Probably because, for one thing, it's just such a different tone from the others surrounding it. Much lighter, philosophical. But it doesn't start out that way. If you read it purely at face value the opening chapters seem very saturnine, negative in their view of the meaning of life. But it's not. It's vastly clever how it works around to being the closest anyone's every managed to explain the meaning of life and keep it hopeful and encouraging. Makes me almost believe King Solomon really was the wisest man in history.

But I don't want to wax too long on the book. Just the line in the verse. What does it mean to have eternity in your soul? Well, overall, it would give you a hunger for something more, beyond your everyday world. Your toil, and all that. A hunger for God, for some power above your own, and an ability to understand the implications if such a God was focused back on you. It also is the reason for watching foreign movies, and feeling that craving to visit France, walk on its streets, or wander under the flowering branches in Savannah, Georgia or sip a Guinness in a pub in Ireland.

A friend of mine used this line when describing my daughter. She'd met her one night, had heard about her various adventures (most recent of which was a 2000 mile road trip with her cousin and friends to North Dakota to protest the pipeline) and told us the next day that she (my daughter) had eternity in her soul. She was searching for The More. Exploring the world outside her bubble and deciding for herself what it all means.

Everyone has eternity in their souls. Some people use its existence in different ways. As artists, we dive into it, build worlds, or perhaps just an expression of the bigger world we feel blossoming inside us, trying to get out. Paint. Chisel and stone. Words. Mostly, I use words, building worlds and the people residing within them to see what I find. The best creations are those that ring the most true to us as their creators. The best of those are formed when we share the act of creation with the very eternity we’re trying to uncover. I'll leave it at that. It's a loaded sentence.

The trick is to take a breath when we come to the surface, blink away the light that’s filled our eyes, and live in the real world, the small circle of grass that is ours and which we share with others. Spouse, family, kids, friends. We should be different each time we come up, when we return from our journeys into The More, but always, we should be better. Some crave only a return to eternity's depths, too weighed down by the burdens of normalcy. But, I think, that's not the purpose of these trips. Always, it is for the return. To bring back a piece of it with us, to share it.

What's inside us must come out, be it the light we're told to keep uncovered, the unique perspective formed from our explorations, perspectives which might enhance or alter another's thinking, or a bigger love for those we, at times, leave behind. A true love, agape, because we are contented, having dove into eternity in whatever way we tend towards, and cherishing the knowledge we will go back there again. And again. Nothing you discover, and no one you cherish, is ever a burden. 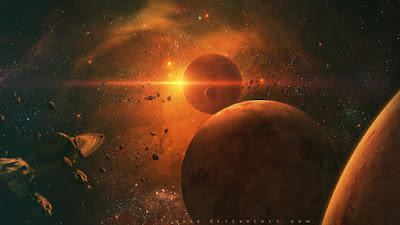 Posted by Daniel G. Keohane at 9:04 AM No comments: 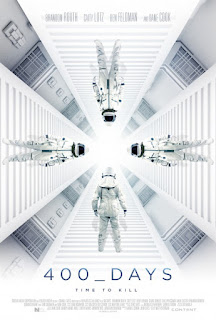 My review of the indie science fiction film 400 DAYS (2015) is now showing at Cinema Knife Fight. Has some potential, but in the end fell short of the mark I think.
Posted by Daniel G. Keohane at 8:53 AM No comments:

Solomon's Grave is Gone But Not For Long

So, I recently got my rights back for my first novel, Solomon's Grave, from the publisher. After seven years, with no real sales to speak of after the initial release, I decided it could do with a shake up, perhaps put it out myself, give it a once-over, new cover and, most importantly, lower price. I've considered perhaps finding a new publisher for it, but to what end? It's the beauty of the market these days, most presses won't bother with a title which has already found its audience - what would it benefit them? I think there is still a market for the baby, but it would require a little marketing to get it in front of readers, something most small presses don't do (and, admittedly, most authors, myself included).

So, yea, it'll be nice for the book that started it all to be back out there, with more control on my part. Here's the cover, by the way, put together by the Lynne Hansen Design:

I have the book pretty much formatted for print and Kindle, but decided to read through it, tighten it up a little. Is is, after all, my first novel and I can tell I've gotten a little better at this long form game since then. Nothing major so far, just a nip or tuck in the writing. I'm hoping it'll be out before Christmas. We'll see!