So here, my annual list of books read. I did pretty good in 2015. One thing I decided early on was to go back to some classics I hadn’t yet read.

Dracula, by Bram Stoker, was interesting. I hadn’t realized it was all in diary entries and letters. Quite well written, and for its time fascinating. Seemed to dwell a lot longer on the repeated attacks and slow death of Lucy, Mina’s friend. But overall a fascinating and elaborate book, with writing that was not too thick as was common in its time.

I also continued my catch-up of early Stephen King novels. In 2014 I’d finally read ‘Salem’s Lot, and this year it was The Shining. Having seen the Kubrick film, I was fascinated to read the original novel and was wowed by it. Some of the haunted house elements were a little predictable (though at the time it was probably fairly fresh) but many were quite original, and the sense of growing dread in the novel was light years above the film (which, itself, was tremendous). 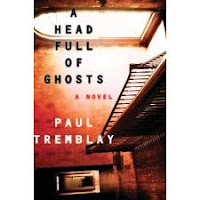 Two of my favorite novels of the year, I’m very happy to say, were written by authors I am friends with, but these completely blew me away as a reader. Seven Forges by James A Moore, A Headful of Ghosts, by Paul Tremblay and The Last Policeman by Ben H. Winters.  Seven Forges was such an incredible, original and fast-paced high fantasy novel I couldn’t put down. Great characters and unique setup. Probably the fastest I’d read any novel. I also read the next in the series, The Blasted Lands which was a great continuation and setup for what’s going to prove, I’m sure, to be an explosive third installment (I think Jim’s up to 5 now). Tremblay’s A Headful of Ghosts, scared the crap out of me! I had to stop reading it at night because it was giving me nightmares. It was a very clever setup, and he even got a shout-out from Stephen King on Twitter. Can’t do better than that. Finally, The Last Policeman by Ben H. Winters, part one of a three part detective series, set in modern day, but in the months leading up to the complete annihilation of the human race by an asteroid. I loved this story, and seeing – more in the background in part one – how the world slowly devolves in the face of extinction while for others, it’s business as usual.

Two of my favorite non-fiction books were 60 People Who Shaped the Church: Learning from Sinners, Saints, Rogues, and Heroes by Alton Gansky, covering – very briefly – some of the most influential figures in church history. Gives a great overview of the Christian church’s growth (or not) over the centuries. Billy Joel (biography) by Fred Schruers was a Christmas gift in ’14 and when I began it – being a major fan of Joel over my lifetime – found it riveting, and surprising in a number of aspects of the singer’s life.

Other fiction I read last year:
Transgression (City of God Book 1) by R.S. Ingermanson
Snowblind by Christopher Golden
The House on Mango Street by Sandra Cisneros
(got this classic years back in a free giveaway at B&N and finally got to read it. Really enjoyed it)
Mountain Home by Bracken MacLeod
(This was an awesome, action-packed novella, definitely worth checking out)
Without A Trace (The Rock Harbor Series, #1) by Colleen Coble
Fluency (Confluence Book 1) by Jennifer Foehner Wells
(This was a really fun science fiction book, a first novel and self-published, but an awesome story – still hoping for a sequel soon)
The Purge of Babylon: A Novel of Survival (Purge of Babylon, Book 1) by Sam Sisavath
(a good zombie story, but long, so I put it down halfway through, and still intend to return to it soon)
Plum Island by Nelson DeMille
(My first DeMille thriller. Was fun, with great characters. I’ll return to his books soon)
Paper Towns by John Green
Countdown City: The Last Policeman, Book 2 by Ben H. Winters
Hunny the TV Man: Tales of an Aging TV Repairman & Don Juan by Veda Dalsette
(Veda Dalsette has changed her author name way too many times but always writes fun, VERY unique novels filled with humor, the 60’s and left-of-center characters. Check this one out).
The Girl on the Train by Paula Hawkins
(Have to read a bestseller now and then, and I can see why this one has done so well. Enjoyed it a lot, and kept me guessing, and reading)
The Box Jumper by Lisa Manetti

Other non-fiction books I read:
Next Generation Leader by Andy Stanley
The Immortal Life of Henrietta Lacks by Rebecca Skloot
A More Excellent Way: Be In Health by Henry W. Wright
(Ok, started this, but I’d attended one of Rev Wright’s seminars and most of this was covered there)
This Is Your Captain Speaking: My Fantastic Voyage Through Hollywood, Faith and Life by Gavin MacLeod
(I really enjoyed this autobiography of Gavin MacLeod - Mary Tyler Moore Show, The Love Boat – it almost made my favorite list.)