On Spaceships and Direction, World Building and Psalms

So, yea, it's been a while. Sorry for not updating this blog more. Although, really, I do if you look along the right sidebar. I've been keeping you (whoever YOU are, leave a comment if you happen to come by now and then, would love to know if there are any visitors who are not spider internet robot things) up to date on projects (not to mention way down what I'm reading these days). As you can see there's quite a lot.  Let's hit the highlights from oldest to newest shall we.

1. The Photograph, a middle grade YA book written with friend Dave Hilman was completed last year and we're tyring the traditional route. to be honest life has gotten in the way and I need to find more publishers to try. It's a great story, I think it should find a home, if not we'll independently publish it.

2. Plague of Locusts: Did final touches over a year ago on my science fiction novel Plague of Locusts and for a time and trying to publish it traditionally (versus independently publish). Not an easy task considering the faith angle of the book, however it has currently been pulled out of the slush for a major publisher and is being considered by their editorial team. After over nine months in slush, this could take an eternity (in feel-like years) to hear back. It's how this thing goes, but honestly I'm not in a rush right now. Am curious what they'll say. 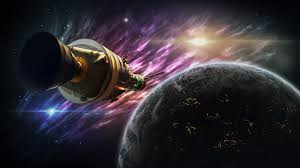 3. Vast Array series: so Plague of Locust, though standalone, is envisioned as the first in a series of novels with what I've decided to call the Vast Array series. Last year again I began to rewrite a book I'd started ten years ago (really) then put down, and have modified it extensively as a science fiction, converting it to work in the world of Plague of Locusts, only a hundred years later. Got quite a ways in when I realized this would be the final book in the first series (of possibly many) in the Vast Array universe, and that there was at least one, if not two, other novels between it and Locusts. So I stopped, and began working on a book I'd roughly outlined a couple of years back which would be a direct sequel to Locusts. But first...

4. "Doley Nant Flower Sky": this is a novelette written as a standalone story within the Vast Array universe. It deals with abandonment, foster care and adoption as these are themes very much in my life these days. I marketed it for a time, then decided it needed more story, so have gone back to add more scenes. Will end up longer, possibly a novella.

5. So, am in early draft stages of the second book in the Vast Array series, called Morningstar (for now). It takes place a year after Locusts and has many of the same characters, taking place in two new systems discovered. Part of the book is from the perspective of an alien race (though, really, the humans are the aliens in this story), and have been world building like crazy, including an entirely new language. Been slow going, but interesting.

6. There was a spat of time where I wrote a number of non-fiction/essay articles for writer/pastor friend Marty Holman's website The Holman Report. Enjoyed doing this and was honestly quite invigorating (especially some of the reactions form traditonal church folk, not all bad). I've also written, or started, a number of film reviews but truly, without a place to publish besides my own site, been less than motivated.

7. Today: Isn't the list above enough? Not for me. I found myself - as you can plainly see above - jumping in and out of various projects with no clear single-minded purpose, except to build a world in a specific science fiction series. I still am going to, but found that my heart wasn't in it. I needed a break, and needed to know what to do next. After some literal fasting and prayer (don't knock it 'til you've tried it, bucko), am putting everything aside for a time, to work on somthing COMPLETELY different and knew. Was not thinking too much about what it is or could be, just walking forward. Using NaNoWriMo as a tool to push ahead with an early draft.
What is it? Well, for the moment it's called The Psalms Project. Beginning with Psalm 1, I prayerfully read it, wait for an image or character or idea to rise up from what I read, then write a short story. It's going to be all fiction stories, crossing genres - could be contemporary, or scifi or horror or some mix - and one for every Psalm. Now, there are 150 of these so this will likely be multiple volumes, if I go further than the first set, but the stories in some way will be interconnected. Tightly or loosely, we'll find out. For a first draft, I've enjoyed the writing (the words I've been putting down as well as the act of writing them).

So as you can see, without deadlines or direction I can move about quite a lot, but writing is happening and it's happening in spades. It will see the light of day and you will be able to enjoy it (I hope) some day, but sometimes good meals need time to simmer, to mix my metaphors a little.