Not going to make promises, but I'm going to try and begin posting more often. So much happening, but I'm trying to slow down. With everything.

Currently at the Keohane household, we are raising a lot of children it seems - including keeping in touch with our adult children: Andrew, who is turning 31 this week, Amanda (turning 28 a couple of days later) and her husband Joel, and 26-year-old Audrey and her boyfriend Mike. At the same time, we're raising our 8-year-old son Elias and two foster children, 4-year-old Emil and 2-year-old Xavier. The 4-year-old is ADHD, to add some spice to it all.

Needless to say, it's been busy, along with the fact that after a year sabbatical (took my old employer's package), I began full time work as a contractor working remotely. Starting at bottom of totem pole, not knowing anything about their computer systems

At the same time, this summer I took on a ghost-writing gig. Was hoping these opportunities would have come earlier but then, as much as these paid better than what I've done with my own work over the years, a little, it wasn't enough to pay the bills. I ghostwrote an historical, Christian romance novel - way out of my comfort zone, or so I thought. Come to find out I'm pretty good at it. We had a good relationship, the editors and I, and I enjoyed building the world and characters within. Trying to be hot without them even kissing until the end. There's a challenge.

But, and it's a big but, I had to get up at 5am every morning (7 days a week) to write, under deadline, with a fulltime job and three young boys needing to get ready by 6:45, then the new job, and trying to stay active at church, and, and, and...

Burned out. My personality quickly darkened. I had no patience with anyone. Something had to give. One of those moments any family man hits. Family first. I graciously stepped away from the ghostwriting when the novel was done, promising to get back into a working relationship some day in the future. I also had backed away from much of my responsibilities with the New England Horror Writers organization.

In fact, for the time being at least, I've stopped writing altogether.

I was gaining eight, becoming stressed, unhealthy, with no exercise, bad eating habits, raising three young boys in world of Parenting v2.0 at the age of 59. Racing headlong into a heart attack. Then where would anyone be? Fostering these boys may feel like a calling but when that calling feels more like being tied to a cross and thrown over the falls (movie reference, anyone?), it was time to stop and reevaluate everything.

I do miss writing, but not the stress of trying to do everything. Right now, I'm doing what's most important, and at the same time I know my creative well is refilling and circulating. But that's not important. Not right now.

Right now, what's important is the little boy rolling around on the couch behind me as I write this, and his "brother" who refused to eat supper tonight because he wanted candy instead, or Elias moving along nicely through second grade and the hallways of his own unique, creative mind. 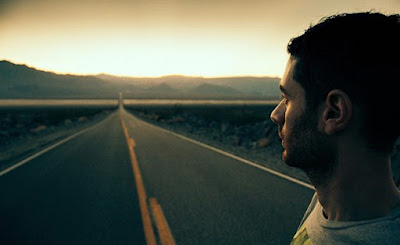 Yea, the past year I wrote or finished two novels and a bunch of other things and came up with what I thought were wonderful things, but did not produce anything which anyone actually bought or read except for a few wonderful people. A writer needs readers.

But that's another chat. Par for the course. I'm a good writer, and I'll get back into it. But what I need to do now is relax, let life happen, pray and read the Word and see where I need to be heading down the road, with everything. I don't have to do anything. Don't even want to. Except what needs to be done for the family, for the moment. With that, comes peace.

I need to exercise. Get healthy. Feel like I'm on top of the world again, not being buried under it like I had earlier this year. It's working, interrupting flu notwithstanding.

Life is good. I need to enjoy what is in front of me and stop worrying about what comes next. Something will, and I know it'll be fun. One step at a time. 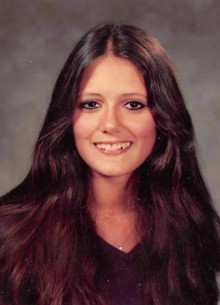 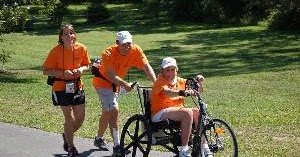