So, How's the Wordsmith Life?


I finished my first full-length story in over two years! It's called "My Dearest Gwendolyn" and it's sitting on the desk of the editors for an anthology it was written for, waiting for their decision. Yes, no, doesn't matter. I wrote it. Start to finish. I know, but I'm a writer, right? Well, per my earlier posts, I'd not been doing that. Been staring. Feels that that time is past. New momentum, and it feels great. 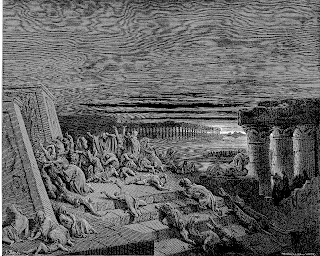 About 1/3 of the way through some EXTENSIVE editing of the next novel: Plague of Darkness. Been sitting on blocks for a while, and though I'd probably done at least a dozen drafts, there were a lot of pages with tons of scribbles, cross-outs, rewrites. Looking good! This one is definitely an original piece, for sure. When it's released I'll talk about how the idea came about.