An Oasis of Pleasant Humor and Cigar Smoke 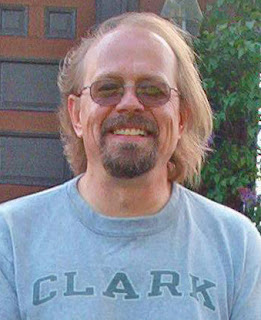 One of the first people I met at my very first Necon (a horror artist/writers conference in RI) back in 2000 was this shag-haired bearded man named Rick Hautala. A fantastic writer - and I'm sure there are plenty of other posts and honorariums discussing his work elsewhere - he was also a fantastic man. Laid back, to the point a few years back when I swear he stayed in one spot the entire weekend casually drinking scotch and smoking cigars. For him, and the rest of us, Necon was vacation. A time to hang out with like-minded souls and talk about nothing but writing. I would search him out every summer and try to spend some time hanging out and talking with him about everything. It was funny, everyone else did the same thing, whether he was alone or sitting with his uber-cool wife, writer Holly Newstein (they met at Necon), people would search for him and do what I did. Just spend time with him. He was kind to everyone he met, never judged, never put himself over or under anyone else. Welcoming, and funny. Rick loved to laugh, and loved it when the people he was with laughed along. Aside from a few, very enjoyable events outside of the con when I hung out with Rick and others, Necon was the place he'd be. And if with such limited contact I'm sitting here mourning him and writing this less than a day after his sudden death at the too young age of 64, I can only imagine with a very heavy heart how hard his absence will be to those who were privelaged to be called his closest friends. I'm going to miss you Rick. Be well. 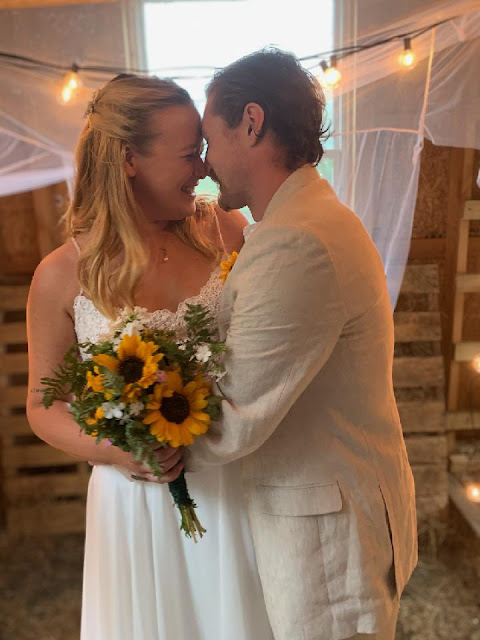 A Thank You From Brother Paul, and a New Record!

" Life isn't just about darkness or light, rather it's about finding light within the darkness. "                                 - Landon Parham Hi, everyone – It’s been two weeks since I completed my 18 th MS Challenge Walk and I wanted to make sure I thanked you all one more time. I thought the quote above was fitting for this year’s event theme.  It’s been such a crazy year to say the least, challenging us all in so many ways.  And yet, despite all the angst, it is kindness, generosity and community that always prevail and lead us through the darkness. I went into this event concerned not only about the fundraising task ahead of me but also the fifty miles of walking alone.  Day two is especially hard as the miles begin to pile up and the feet and legs start to fight back a bit.  In past years, I had Anne with me to tell her funny stories as well as our fellow Cape warriors to cheer us on. Well, this year those concerns faded quickly as you once agai