Moments of a New Generation 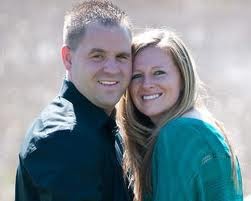 In a couple of days my niece, and godchild, Taryn Keohane is going to be marrying Kevin Terwilliger. Cool name, easier to spell than "Keohane". Not by much, though. :-)  The Keohane clan is converging in New Hampshire for the soiree. This will be the second wedding of the next generation of Keohanes (nephew Joey was in 2010). So after a 20+ year hiatus with very few weddings - before that it seemed we had a wedding of friends and relatives every week in our 20's - the cycle is beginning again. Taryn and Kevin are starting the next Phase of life together, and I can imagine, from memory, the excited, frenzied days that have led up to this weekend. Once the organ starts playing in the church, then it's time to relax and enjoy the day. That day and every day after, be real with each other, treat each other with respect and dignity, love each other unconditionally and never assume anything, always talk, always ask. Hide nothing. The rest is gravy.

A week later my son Andrew is moving away officially to New York City, starting his new job in Manhattan. I told him when he got there he needs to stand on a street corner and take off his hat, toss it into the air. But he didn't get it. He never saw this indelible (in my mind) image: 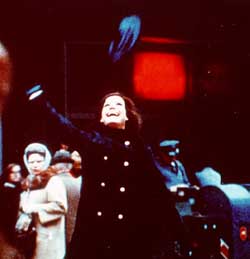 We've made two trips to New York, he and I, so far, to search for apartments. As I write this, we're just waiting to hear about the applications we put in for one of two good candidates. I should ask him later what it's like, knowing that in a week and a half he'll be officially "leaving home." I remember when I moved to Worcester to begin work back in 1985, I was psyched. So happy to be out on my own, excited about cooking my own meals (yea, right, that didn't happen until 2010! unless you count boxed macaroni and cheese). The world was my stage, and anything was possible because I was also the playwright! I was ready, I was set, I was.. writing my way into a metaphor hole.

He's excited about his future life in Metropolis. And so am I. Do the right thing, Andrew, even if it's hard, and be nice to people. Say 'please' and 'thanks' as often as possible, smile, and remember you're never alone. Keep God close (he is anyways, so maybe I should say Acknowledge Him in everything).

Ooh, Baby baby it's a wild world. Doo doo doo da da da da dum. And it's hard to get by just upon a smile.

But a smile helps.

Smile at people. Just not on the Metro.