Oscars and The Same and Opening Up And Letting Go 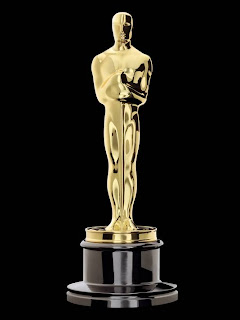 So tonight is Academy Awards Night - when we at the Keohane house sit down with our own printed ballots and make our best guesses as to which movie, actor, actress, editor will take home the coveted Oscar statuette. Though this is something I always  wanted to watch through to the end, we didn't begin doing it until the last few years. The tradition has recently been to get Chinese food with the kids and watch the show, but no one seems to want Chinese lately because of better-eating goals (myself included), so unless we want to watch Audrey eat all the Teriyaki Beef, we'll eat healthier.

I digress. Tonight, we're have a few friends from town over to watch with us as well. Another way of reaching out to the world around us and inviting them into our world rather than keeping the world at an arm's distance. Daughter Amanda is also inviting a few of her friends, too. Why keep the world at bay, when people are so much more interesting than walls? It's a "comfort zone" thing, of course, especially with kids, until you point out to them that their friends are always invited at any time, so why can't ours be? Teenagers sometimes have a hard time remembering that their parents, step- or otherwise, are actually people, too. But it's also where in the past the home was more closed off, treated as a sanctum sancotrium... I was just as guilty as anyone of this, and a lot of times it was treated this way for no other reason than I/we knew no other approach.


So, should be fun tonight. Hopefully the plow guy comes by before people arrive so we have parking (it's snowing here today). We've got munchies and drinks and ballots and two prizes for the top 2 winners.

Unfortunately because of the snow we weren't able to get to church today. New England Chapel is having services but it's only raining there, snowing here. We tried to drive, but the roads were too treacherous. Sometimes having your church be an hour drive away has its disadvantages. How many times the kids have looked at us and asked why we don't just go to the church in town like I always have done? Like them, I was born and raised Catholic, but for me, since college I've wanted more, wanted that closeness with God, an actual relationship with Him that I would see from people who were part of other, more biblically-centered denominations. The Catholic Church is also Christian (a fact which some Catholics are surprised to hear, since the word "Christian" is used infrequently, as least compared to "Catholic"). But for many, it's the right one for them. For many, the rituals, the special days and rote prayers are what they want and need - whatever brings you closer to God is good. It was special to me, but I had a yearning for something different and I finally feel the time has been right to do so, and I have not regretted it. My right-brain-ness probably just needs more than the same thing week to week. I like things less ritualistic, more relational. God will use everything around us to bring us closer to him. For me, it was the Catholic church growing up, but there have also been other people from other bents religion-wise who have expanded my view of faith in one way or another, New England Chapel lately, and there will be more people and more places to come. Why not? It's His world. He can play with whatever toys he wants to.

So don't say - Dan should go back to where he'd been going. Dan shouldn't. Dan will go where the Spirit leads him and he'll do it prayerfully and openly and will make mistakes but so what? We have the experience and years to make educated decisions. However, and this is important: offered advice from those around us is welcome. Without objective viewpoints from other people I will likely make more mistakes than I already have. Offer advice, know I hear, and know I will appreciate it, whether or not I actually follow it. Same the other way, viceversary. I may offer advice, but like anything given, I try (key word, there) to give it freely, letting it go and not worrying if it will be taken. Two way street, that philosophy.


So I never mentioned the fund raiser this coming Saturday. Click Here For More Info, and I'll promote it more here next time. Speaking of giving away, I'm going to be running a poetry booth at the market, for any donation I'll whip up a custom poem on a notebook page, sign it and tear it off and give it to the donor. Out of my head, into their hands and gone. Something I'd read about in Natalie Goldberg's Writing Down The Bones back in the 80's. Amanda is going to sell these cool, hand-made journals, and were going to be selling meatless chili (it's AMAZING, trust me).

So, good luck to the nominee's tonight. I wish the Oscars were on Saturday night instead of Sunday, seriously. People have work/school to get to in the morning. But its Hollywood, they don't live like normal people.