March 19, 2020
So as I mentioned over on the devo page, felt like doing those in such a formal way felt canned, too pre-fab not that I intended it that way. Maybe - too normal. Expected. There's nothing normal or expected about what's been going on all over the world. Though thank God the death toll is not the same, this very similar to the Spanish Flu pandemic of 1918, at least with as how quickly it spread. Angry, frightened political comments from both sides of the crazy spectrum (aka Left and Right) aside, every country, ours included, are finally doing the right thing and imposing self-quarantines for every family. 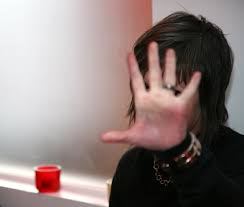 We're calling it Social Distancing. Say hi to your neighbor, but do it no less than six feet away from each other. Better yet, stay home. We're blessed with a pretty big yard out here in the woods, so we have a little more elbow room. For that I'm grateful. Right now it's me and Linda, almost teenager Sierra, five year old Elias and a recent foster son we'll call Romy. And two dogs. Linda works for the Y but like everything else public they've had to shut down, but being management she works part time now from home. Mostly, she's been focusing on the kids, finding crafts and activities for them to do, including Sierra, who has to do without her phone for what would normally be the school day time period. She's actually reading a book now. I mean, an actual paper book with words and stuff. Take a phone away and go figure! :) I mostly work from home anyway so this isn't a big stretch for me. Praying for those people who cannot and are facing - or have faced - temporary layoffs. Like my 23 year old daughter who's hotel finance job just ended for the next few months because the hotels have all officially closed.

All of this began with Linda's surprise 60th birthday party, which was schedule for Saturday in our church's hall and likely to be attended by anywhere from 50 - 100 people. As the week progressed leading up to it, the virus became a major concern, "social distancing" entered the English lexicon, fear was rising over the horizon and by Friday, the church (along with every other in town) had decided to close immediately to "flatten the curve" (stem the speed of the virus's transmission). We ended up having the party at the house, mostly with family and a few friends. By this point there was no hugging, and when cake time came Linda came up with a clever way to blow out the candles. The party was festive, we were all exhausted, and after everyone went home, our isolation began.

No church the next day, and I tried to sleep in because the night before I was so wound up from the party planning and end of the world chaos so took hours to fall asleep. As the day went on we pretty much didn't do much but talk - the kids played, Sierra connected with her friends online, and we went for a 2 mile walk with the dogs. the next few days we've tried to keep some structure to the days, having the kids do activities, play outside. Sierra's middle school teachers are organizing work and activities as well online.

All the while, I've been trying to wrestle down this feeling I'm not too familiar with, living in this first world arena I have been. Fear. Not for myself, not worried about anything here or in the next life. For the kids, for Linda. If we get sick, or worse, who will take care of Elias? Will they let Sierra stay since she's technically not yet adopted. All that stuff. What I wrote in the last couple of devotionals I was writing to myself as much as anyone else. Keeping my eyes fixed on that hill, letting God be my strength. Anyway, I'm seeing parts of me I didn't know existed, and honestly don't really like much of  what I see. I've got a lot of growing to do, not that I'll have much choice. We need to find peace, and to grow. Fear is the mind killer (Frank Hebert). There is no fear in love (Jesus).