Day 9 in the Bubble Trying to Hide in a Corner

March 24, 2020
Well, last night, Linda and I had our first expletive-filled fight, though a quiet one since the kids were in bed. Not that we were mad at each other, really, we simply needed to vent, at the government, at the frailty of our First World society. But in the end, we kept talking (we had A QUIET PLACE paused halfway until we worked it all out) and were reminded how deep and real our friendship is. 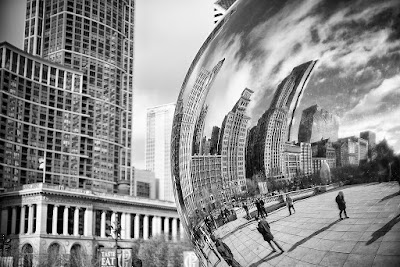 It's not our fault, in fact it's a blessing, but because of the advantage of having been born where and when we've been, as Americans (and anyone in a "Western" society - aka "First World") we've too often become like those aliens in the original Star Trek episode 'Who Mourns for Adonis?" who dressed like Roman gods and had power to control others, were vastly intelligent but week physically and emotionally. Many of us, and I'm speaking about myself, too, we've become weak emotionally. Compare our problems to people living in slums of India or someone walking a mile every day for water in Africa. Our problems are sometimes beyond their hopes and dreams. We're comfortable, have built (and others have built around us) a comfortable world. I spent seven years in my spare time doing over my basement, and now I have a movie theater there. It's awesome, I love it and thank God as often as I think of it (but never often enough) for such a wonderful place to live.

Moment like this, or say 9/11 nineteen years earlier, shatter the tentative bubbles of our comfortable societies. This life is brief, and Jesus came to Earth to remind us about that. He said while we're here we're not to forget we're only visiting, and there are many people around us, on this planet, we need to love. Friends and families, as well as enemies and weird people and sick people. Everyone. How we step out of our comfort zones and help them, is up to us. But we need to, so that when it's forced on us as it is now, we can handle it better.

We recently had a four and a half year old boy join us as a foster child. Elias was excited at first, having a "little brother" though within a couple of days he was asking us when he was going to leave. Romy is a loving, mostly happy kid who loves people, playing. He's also very, very ADHD. Possibly on the spectrum as well. He can't sit still more than a few moments. He's a blur until the moment I turn off the lights and say good night. It's exhausting. Before all this started I'd work from from and he would have to check in (when the others were off to school already) every ten minutes or so. Nothing requiring focused concentration could be done while he was home from his own school. This, plus now it's hard to have 1-1 time with Elias, because Romy is basically his shadow.

Now we're all trapped together in an admittedly spacious home, and need to figure out where we can all hide from each other for moments of peace. And not get mad at each other. It's been tough. Today, Tuesday, has been a harder day than most for me to keep my cool, to the point that I sneak away and hide, even if it means hiding in the shower.

If I ever need to take the time and be alone with God and talk, this is is. But I'm not. It's odd. You'd think this would be a time I'd draw closer like most people do. Working on it. Also trying to write more. Have my review of the movie ANIARA almost done, because I need to finish it, then get my ass back into a chair in the corner of the basement or somewhere, anywhere where my brain can be alone uninterupted for more than fifteen minutes and write. Create.

Here's a topic for another time but which I'm beginning to understand about myself. I'm one of the most outgoing introverts I know. I love being with people, doing stuff around people, until I don't, then I need to be alone, totally alone, for a while to recharge. Yea, again maybe that's a First World thing. Who knows. But like I said, for another time. I just need to get through the next five hours or so without yelling.