So, at the start of 2014, I needed to find a way to motivate myself to do more of the 'little things' around the house, get organized, do so many tasks, etc, that I kept putting off. At the same time, the idea of keeping a daily log of normal, mundane things that would happen throughout the year as a way of journaling, or more to the point, simply logging what happened day to day for future posterity, appealed to me. I got this from a story in Monica Woods' amazing book Ernie's Ark, where a character inherits his late father's house and discovers a pile of desk calendars with these kinds of notations, and finds a way to connecting with the man's life more than when he was alive.

Anyway, I'd note what I did task-wise, cleaning the yard, painting a room, even doing dishes and picking up poop. I also made note of other, less domestic events that went on. Going through the calendar now, I'm surprised how much happened this year, good and bad. There were even some events I thought happened much longer than a year ago. In honor of those letters we sometimes get in Christmas cards highlighting the year, I thought I'd go through the highlights myself here, both for posterity and also because my handwriting in these calendar entries is atrocious.


Linda and I kicked off the new year going to First Nite in Worcester. She'd never been before and it had been a few years for me, so we hit the streets, watching shows in various churches and venues around the city, then stopped by Deb & Daeg Brenner's home for some soup, hang out, watch a movie and try to stay awake for the ball dropping.

We had our grand-niece Olivia over a quite lot, sometimes with her mom Lucy and/or her dad Enrique, who later in the year moved back to New York City for a number of reasons, including his health. Olivia's a wonderful kid. In fact, she'll be spending New Year's with us tomorrow (as I wrote this).  The beginning of the year also brought a belated Christmas / house-warming gathering at my sister Ellie's new house in Worcester. 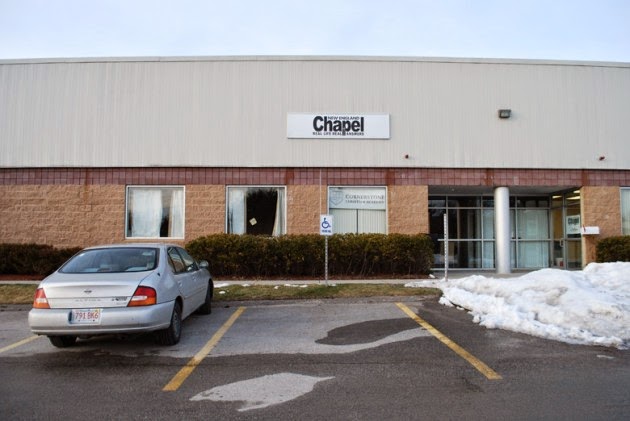 At the beginning of the year Linda and I still attended New England Chapel in Franklin, but with gas inching towards $4 a gallon, we decided it was time to find a place closer to home. The search was on. In the meantime we were active in the youth group, called Ignite, at NEC and I was part of the men's ministry. After such an amazing mission trip to Alabama last year, we considered what to do this year, but as you'll see some things got in the way and we did not go. However, mission work isn't always far away, there were quite a few opportunities to serve locally, including working at a soup kitchen every few weeks and helping some friends of ours with much-needed repairs to their homes. 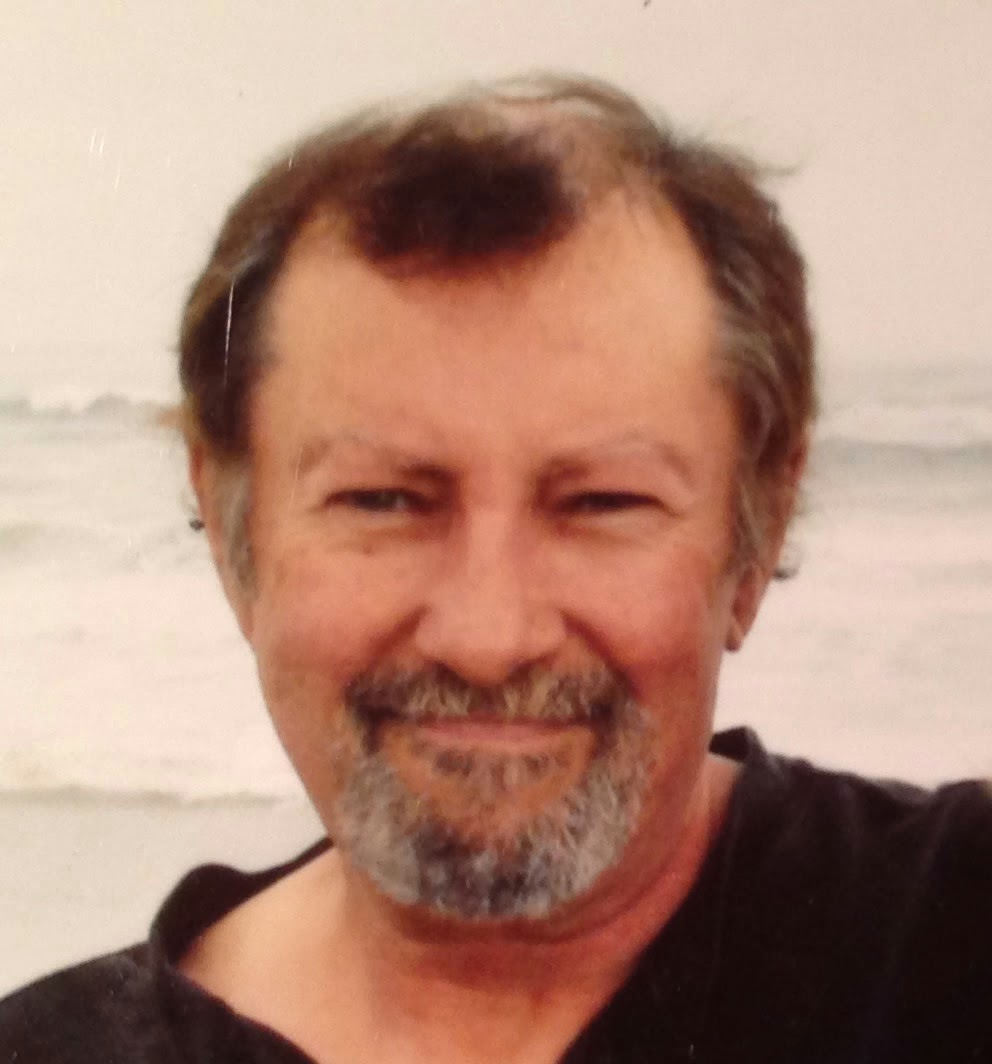 January saw my friend Al’s father, Albert Faul Jr, pass away. He was a nice man. Linda and I attended his funeral and visited with the family. It was a year of losses to be sure, for we also attended the wake of our friend Sandy Giroux's mother. It was here that Linda was finally able to meet a number of my old friends from home - the old "McDonald's Gang." Around this time I called an old friend of mine, Bill Howard, with whom I used to work and who taught me how to paint, only to discover from his wife Kate that Bill was dying. I never got to see him, for he passed away a couple of weeks later. I wrote about it here.

After having talked about it for a while, we began the process of becoming foster parents. The process takes a long time, with many visits and meetings, a month of training in June, and as I write this we're coming to the close of our official certification. 2015 should be quite interesting in this vein to be sure. 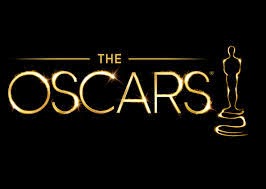 We went to quite a few movies at the beginning of the year, getting ready for our now-annual event, the Oscar Party. We managed to go see every Best Picture nominee before the end of February. Originally, the Oscar Party was just me and the kids staying up on a Sunday night watching the Academy Awards. Over the past couple of years, we starting inviting neighbors and friends who live nearby, to the point we had probably 30 people this year. Everyone gets a ballot and makes a guess as to who will win, with goofy prizes to the winners. We even had awards for best movie-themed food dishes. Word's starting to spread for next year's event... going to be interesting working out the logistics if a lot more people come. Still, it'll be fun. Always is.

Life wasn't perfect. There was our share of angst and stress as the year began, but all things work out when you have the right communication and goals in life. I had my days, ups and downs, and I was pretty happy to see the longer and warmer days of Spring come around.

Little by little, I worked my way out of a years-long writing slump. Not for lack of material, just wasn't writing. I went back to Plague of Darkness and began revision in earnest. At one point, using index cards, one per "scene", I reworked the entire story, tossing out what didn't fit, and adding new scenes, new meanings behind them. Overall, it became a much more unified and cohesive novel, thanks in no small part to my wife who was instrumental as first reader.

I also went back, for a short time, to a new novel I'd started a couple of years before, titled Ezra. Still not sure where this one is going. I like the characters, but it needs to ferment for a little longer.

Work was busy, and quite rewarding. I enjoyed going to work - and they enjoyed having me there, lol. That says a lot. I even did quite a lot of traveling around the country this past winter for work. We're not supposed to talk about work in public forums, so enough of that topic. Except to add my old boss and friend Mark Lowell finally retired. 17 years before he was my project manager when I first started with the company, and we'd all worked together through this time. We still see Mark and his wife Jan from time to time.

Linda and I did the Daniel Fast twice, once in January and again in March. This is a sort of nutritional, and spiritual, cleanse. Pretty strict diet, all vegan, and then some. No caffeine, no sugars or anything to drink but water, but the food is delicious, and all natural. No program to pay for, just a lot of rules and a lot of recipes. You feel amazing afterwards. Why we don't just continue with it in some form when we're done I don't know. Laziness, or hunger for bad stuff?

Andrew came up from New York City to visit now and then and it was great to see him. Amanda came home from her first year of college, went back, now and then I visited her and we caught a movie or checked out some interesting foodie place. Audrey spent many weekends in the winter at the Reggie Lewis Center for her indoor track meets. She also was inducted into the national Honor Society and began visiting colleges, one last go around with this, and it was fun. 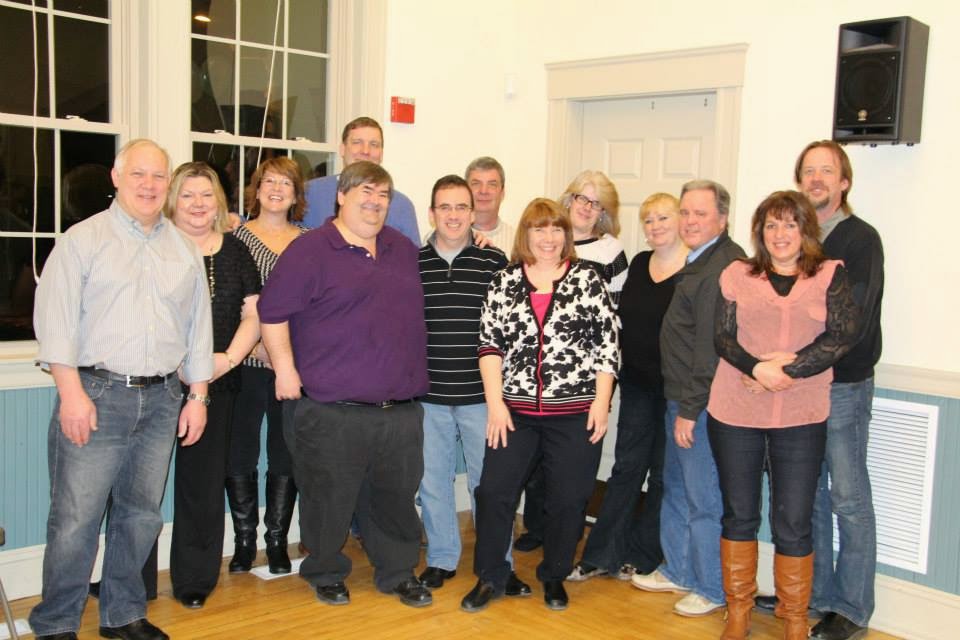 I hadn't been the most visible friend the past year, so made a better effort to see folks more often, either after work or whenever, including a fun 50th birthday party for Kathy Doiron, of the above-mentioned McDonald's Gang.