December 31, 2014
Summer was a busy one. Audrey competed in a Pentathlon at school. Amanda came home from school and set out to work a LOT.

Linda's Camry was finally laid to rest after 260,000 miles or so. We found a "new" 2001 Honda Civic, standard, in NH and, after a quick visit to Portsmouth for the day after picking it up, brought it home and were pleased to find it gets 38 miles per gallon.

June was Foster Parent training month. Linda and I attended training every week during the month, including a couple of all-day Saturday sessions.  Met some nice people and learned a lot.

After a year break, Ned Utzig and his merry band of filmmakers known as Mad Ned Productions jumped in full steam with this year's 48 Hour Film competition, where we're given a genre, character, prop and line of dialogue on Friday night, and we have 48 hours to write, film and edit a 5 minute short film. Our end result: a movie called "The Running Dead" where the main character is a zombie. I played the evil coach for the competition. We didn't win, but it was our best film yet. Quite funny. 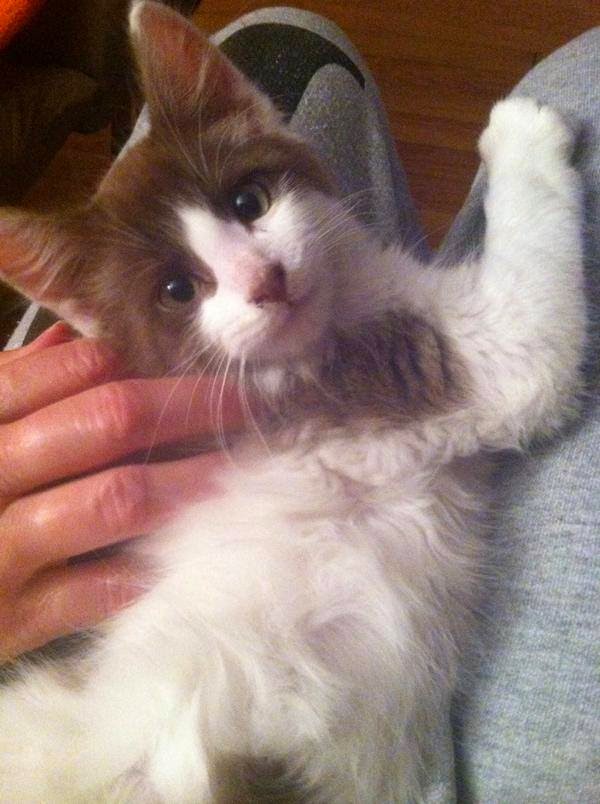 Daughter Amanda and her mom got a new cat, named Emerson, or Emmy, and we cat-sat for them while they went on vacation. He was a cute cat, and we miss him (Emmy got lost/ran away/was taken in the Fall and though now and then we get a call from someone who thinks they spotted him in town, we've never found him). Tough time, but they've since gotten two new cats.

On the writing front, more on Plague of Darkness and one more film review. Slow season for writing. I also pulled out another book I'd started years back, Plague of Locusts. My first foray into science fiction.

After a year living in Denmark, Audrey's best friend Erika came home to much fanfare, including a big party at our house welcoming her home. The best part was listening to her talk with her new Danish accent.

My hair had been LONG by now, and I finally went out and had it chopped off. Haven't had hair this short in a long time. But I like it like this. For now.

Linda, Audrey and I traveled to Canada for vacation, hitting Niagara Falls (one of the places on my bucket list and didn't disappoint) then into the wilds of Quebec where we did our best at speaking French. A fun, relaxing time all around. 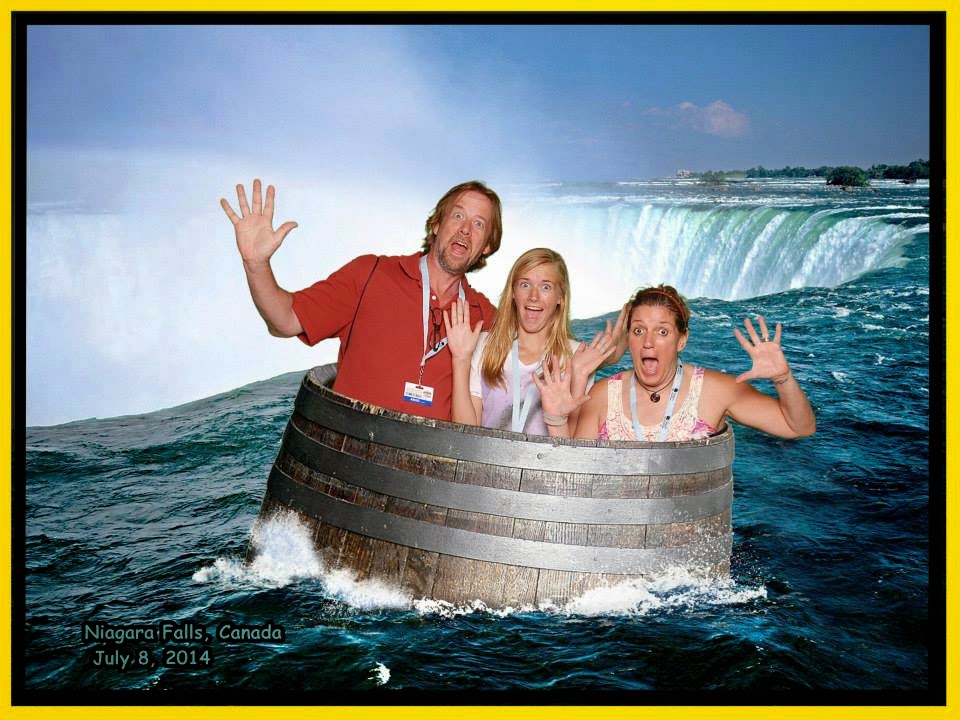 Sports were a big ticket item, with World Cup soccer. I was never into soccer as a professional sport to watch (though always enjoyed watching and coaching kids' soccer), but now I'm hooked. Lots of running around and very few goals, but there's something about it. Quite exciting.

The house got one of many new facelifts planned. We painted what is now my office - formerly Amanda's bedroom, formerly the dining room where no one ever ate - and gave the old den a complete do-over. Came out nice. Next up on the agenda, this winter, the master bathroom gets new colors, then the big project: the kitchen. 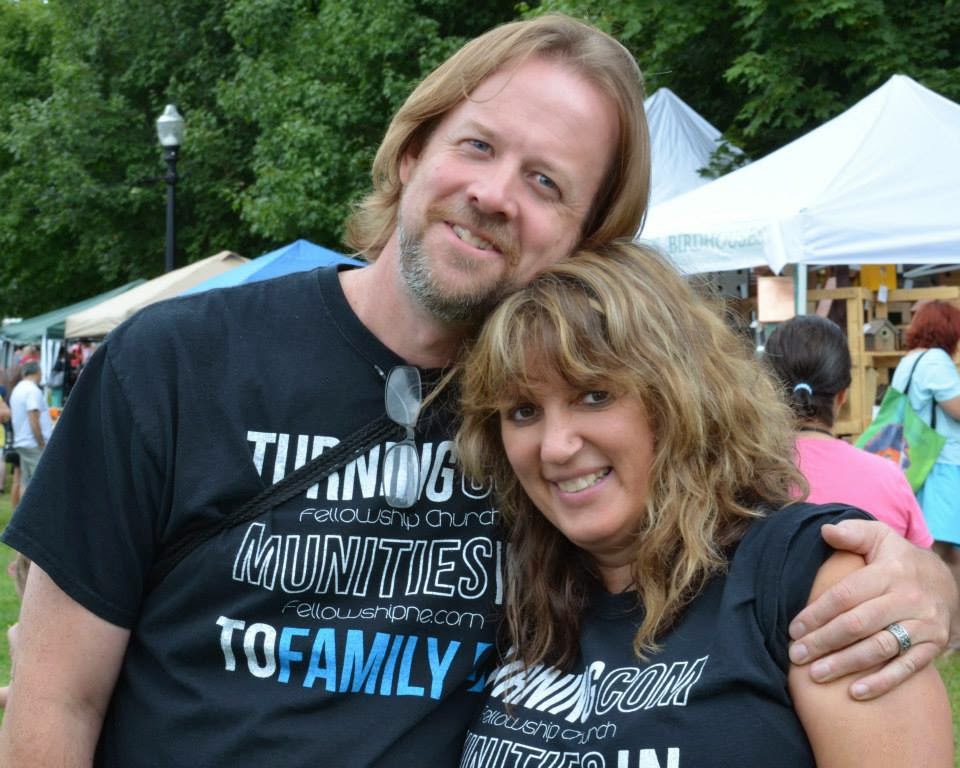 Church life continued, with many cookouts and get-togethers, including a bowling fund-raiser, men's group cookout. I even got baptized - been on my list to do because I'd only been baptized as a baby and told myself over the years if I'm ever a part of a church that does adult baptisms I'd do it again. It's mostly symbolic, a public statement, but I wanted to do it and during one of the summer cookouts I finally was able to do this, dunked in a pool by Al Dancy. :)

Amanda traveled alone to Los Angeles for a week, attending the American Pavillion - I forget the name of the program - where she toured every major (and some minor) film and television studios, met some big names in the industry, even got to sit on the set of Brooklyn 99 and came away with a signed copy of one of their scripts. She wants to work in film & television and this was such a positive experience for her future career. 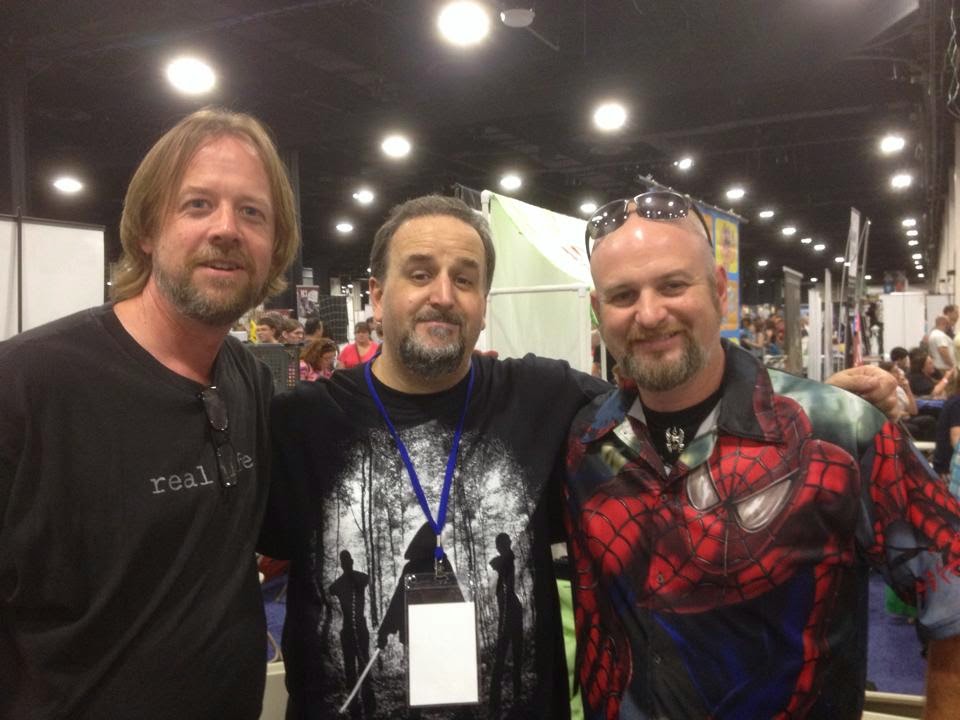 I got off my butt and did some signings - attending the Boston Comic Con with the New England Horror Writers, of whom I'm on the board. Three-day event and it was a blast! We also opened up submissions for the third NEHW anthology. I'm editing it along with authors Scott Goudsward and David Price (pictured here at Comic Con). Been doing quite a lot of reading of submissions for this, and making difficult decisions.

To the Fall and early winter, in my last installment....