The official “Pre-Christmas Writer’s Promotion” for 2014 is now underway. Working with a group of horror writers, every day until Christmas we'll post information on a fellow writer's novel currently for sale, to give you some ideas for some interesting stocking-stuffers.
Yesterday was me, so let's skip to today and: 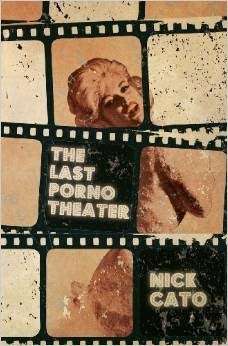 New York City, 1989. The Metro is the last theater to feature adult films projected on actual film, something manager Herschell Schwartzbaum takes much pride in. But the city is attempting to buy the theater to continue sanitizing Times Square. Despite barely making ends meet and having to deal with a small staff not as devoted as himself, Herschell refuses to budge. When one of his employees goes missing, Herschell is forced to hire a newbie. And just as he's learning the ropes from Herschell and ace projectionist Cleon, The Metro begins to display some truly odd interior damage they won't be able to hide from city officials forever.

Now Herschell and his staff must prepare for a battle against corrupt bureaucrats and their arsenal of unusual devices ... and they're about to get some help from The Metro itself ...