Death is but a doorway... when SoulServe holds the key.

One by one, a group of scientists at Brizen Health are being murdered by... something. Doctors, subjects, and even janitors are reporting disturbances in Section 671, the Neuro-Technical Division. Ever since the death of Dr. Carl Broxson, the server room in Section 671 has maintained a negative 65 degrees Fahrenheit. Printers turn themselves on and print out terrifying cryptic messages. People have been seeing things in and out of the virtual world of the Lifeline. Including the apparition of their beloved colleague Dr. Broxson himself.

When local police realize the case leads directly into the deep digital canyon of the Lifeline, Antivii agent Ray Garret is called to the scene to get to the bottom of things before another brilliant mind can be taken. But when his wife, Rhonda, starts falling at random and begins to have seizures, the ghost in Brizen Health could be Ray's only hope to save the love of his life. 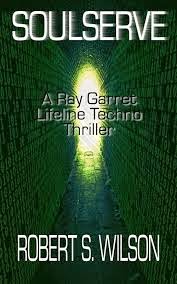