Day 18 - The Darkness in Making Plans For Your Own Death, and the Light That Doing So Brings

April 02, 2020
Well, Wednesday was an interesting day because I had a headache all day and felt pretty tired. Later in the day I realized that headaches are rarely a symptom of the coronavirus, and lets be honest, it's April, a big cold season. Even so, another aspect of this new reality came into sharp focus. For years, first with me and my ex-wife Janet, then later with Linda, making a Will was high up there in the You Really Need To Do This category, and yet somehow always fell to the bottom of ANY priority list. Never got done. Not exactly the smartest move, especially with children, but we, both we's, managed to dodge the bullet and not need it. Now, with metaphorical bombs being dropped all around us, it's practically a sin not to make plans. No one wants to make these plans, but no one wants to die, either. It will happen eventually, might as well use the time at home to get your ducks in a row. As I've said a number of times already, as a Christian I have no fear of death, honestly, but what's been pissing me off and making me afraid is the knowledge that I haven't made any preparations for our kids at all. So, I am, we are, and maybe when all is done my stress headache will go away. :) 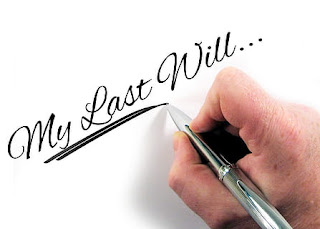 So, Step 1, decide who would become guardians of our five year old son, and our twelve year old foster daughter (we're in process of becoming her legal guardians now). Finding a list of people was easy enough, from our own adult kids to siblings to close friends, but coming to a choice among so many was not. But in the end, weighing a lot of important factors we made a choice and they said yes. (My brother Paul's reading this now - he's usually the only who does - and going 'hey!'... not to worry you guys were right up there at the top of the list.)

Step 2: go to Dave Ramsey's website and pay 200 bucks for two wills. Work out some basic details, who will be executor, etc if we both are taken at same time. Check.

Step 3: get it notarized. The banks are open, but only through the drive up window. Our bank in town does notary work this way now, too. If the documents ever finish printing, we're going to get that done before the state shuts down completely. 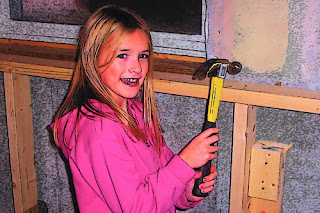 Step 4 - and this is a really dark one, more so than number 1 above - if Linda and I are unfortunate enough to both catch the virus and get so sick we have to be hospitalized, someone has to come and watch the three kids - and likely in doing so risk getting the virus themselves as the house would be a quarantine zone. As it turns out, my adult daughter Audrey called as we were discussing this and she didn't blink at saying she would come here and watch her brother and foster siblings (and the foster agency OK'd it).

That's family for you.


Getting these decisions made has been tough but I suddenly feel a hundred pounds lighter (that's lighter mentally, I really need to exercise more to get twenty pounds lighter physically). In the end, all of us need to get our ducks in a row if for no other reason than we can stop dwelling on and worrying about our family, and start helping other people however we can.

On a side note, didn't get much writing done yesterday (I've drifted into day 19 writing this) because I really wasn't feeling that well. Still, give me a break. I wrote a freakin' last will and testament.