April 17, 2020
Well, it's been an up and down week to say the least. Mostly good, as far as us finding a groove, taking firmer steps into living this life together better, getting stuff done, coming to a peace and a rhythm. Mid-week, however, there was an illusion-shattering moment within the family that I won't get into here, but after a couple of sleepless nights and lots of yelling, I think in the long run it'll be healthy. Parenting is never easy be it traditional, adoptive or foster, and we do all three. There's no way to avoid locusts blowing into your home when you've got windows open on three sides of the house. Rough metaphor, but I like it. 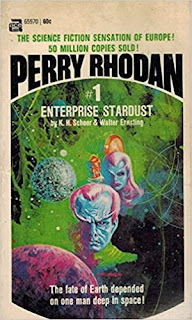 I've been writing. I've been enjoying working on The Psalms Project, but have also been itching to get back to my science fiction series Vast Array (the first novel of which, Plague of Locusts, has been languishing on the desk of editors of a major publisher for a year waiting for a decision), so I picked up the sequel, tentatively titled Morningstar and read through what I had so far (quite a lot, about 17,000 words), and liked it. So I've been delving into this again. What I've wanted to do for a long time is write a long running series of short novels which build a massive universe around itself, with interesting characters and perhaps one or a few specific main characters, ala Perry Rhodan,  and though Vast Array is definitely mapped out to be a universe-spanning series, I might be introducing a number of different characters over long stretches of time. In fact, if the publisher finally says no, and odds are they will, statistically speaking, I am going to break Plague of Locusts into two short novels, with a cliff hanger between, Plague of Locusts (Vast Array #1) and In The Belly of the Whale (Vast Array #2). Not sure about that second title, but it does fit and I like the idea of biblical references to the names of my books (just take a look at the books on the side of this blog).

I haven't done another movie review yet but I will. They're enjoyable to write and definitely check off a major item on my dream list, of being a film reviewer. Unfortunately, the Film Horde website is already on hiatus for a time, which is a shame, unless someone takes up the mantle. I think it'll be back, though someday I might try to find a paying gig, like Screen Rant, but how much time I have to devote to reviews in the long run is always a question.

Been thinking lately about life BV (Before Virus), what I miss as well as what good things have come out of this terrible pandemic. 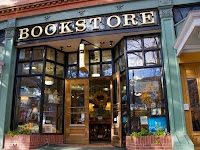 Meandering through Bookstores. I love aimlessly walking around bookstores, be them shiny-new peddlers like Barnes & Noble or the much-missed Borders and Waldenbooks, or used shops like Annie's Book Stop or the fantastic Used Book Superstore in Burlington. My amblings about their aisles at times were bittersweet (Some Day, I'd sigh to myself, or to the creeped-out person in the aisle with me), more often inspirational, but always it brought a peace. Something about books, and so many stories, too many to ever read in a single lifetime. 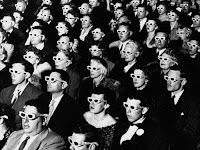 Going to the Movies. Oh, how I miss the smell of movie theater popcorn, the terrible food I pour into my hapless body while there, the previews, finding a seat that doesn't creak or collapse, the annoying habit I have of forgetting to blink during the film only to suddenly have watery eyes at the end and trying to wipe them dry while making sure people don't think I'm crying if the ending is dramatic. I'm not crying, I just forgot to blink. The people taking my ticket. The sudden onset of fear just before the movie starts that I'm in the wrong theater. The hype leading up to... you know, I put way too much of my joy eggs into this one basket. To the point that after I finished my basement (a seven year project last decade) I managed to squeeze in a movie theater of my own at home. It's pretty friggin' cool, and I do find myself down there at times to escape (until the boys eventually find me). So I do have that aspect I can recreate, the large screen theater experience. Still. new releases, the next Marvel film. Trying to catch up on all the Best Picture nominees before the Oscars.
Sitting in a coffee shop (or Panera Bread) and writing. Now that I'm writing again I find myself playing a YouTube video of coffee shop sounds for background. How sad yet inspiring is that? I find it soothing, and in fact find complete silence antithetical (I do not think that word means what you think it means) to concentration for me. My muse needs white noise. The sounds of life. I have written some great crap in coffee shops and their ilk. So for now, I'll play YouTube and hunker in my bedroom or downstairs in the theater. It's cheaper, for sure.

Like everyone else in the world, I miss going anywhere without wearing gloves, a mask and carrying disinfectant wipes in my pocket. But that's a given.

Being in church and hugging people. Church for me has become a major part of my life. Not the ritual or routine, but the people. Growing up Catholic (though this next statement probably applies to many older, traditional denominations) hugging everyone you meet as you walk into church was inconceivable. Now, not doing it seems odd. We've begun online church services, so we're connecting, but it's like we're all John Travolta in THE BOY IN THE PLASTIC BUBBLE (1976), living our lives unable to touch anyone outside of our small isolated worlds. This will pass, though I do wonder of the traditional "handshake" is a thing of the past.

Of course, though Linda and I haven't been very good at making date night a priority, though it's been easier to wrangle a night since they lightened up a bit with some of the babysitter rules for foster parents. When we did go to a show with just us together, it was always a bonding time. How can it not be? We've somehow connected and grown closer during this crazy time trapped in the house with three young kids, but it would be nice to go out and see something besides the inside of the house together some evening. 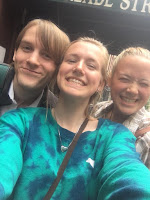 Finally, just knowing we can go anywhere, anytime, and do whatever we want. That statement is pretty heavy because no one understands the freedom they have until it's taken away from them, even for reasons as logical as this. When it happens, one can learn from it, that nothing should ever be taken for granted and every moment of breathing free air relished, or one can act like the idiots in Michigan who go nuts and try to make the pandemic worse by clogging the roads and protesting in city capitols. That's not a political statement. It's a rational human being seeing irrational people acting out of their fear like crazy people statement. But I do miss knowing I can go to NYC to visit Andrew, or Maine to visit Amanda or going to... wherever Audrey will be when this blows over because she's moving. When the world transitions into AV time, maybe I'll actually do it, instead of simply knowing I can. Think about that.

There are things that I don't miss and much good that's come out of all of this, but I've gone on far too long today. I'll save that for another time, yes?