Day 46 (I think) - GTO, Carmen and a Reprieve from the Angry Left and Right

April 29, 2020
Sorry, it's been a while, between work-work and writing-work and church-work, and the kids, been a bit crazy here. And in my notes on what I originally was going to write about, a lot more has become relevant, then irrelevant. Ah well, I'll just wing it.

Well, what has been going on these days as we deal with the Great Time Out, as I've decided to call this situation? 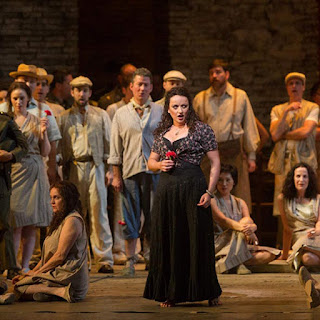 One thing Linda & I have been doing, less so the last couple of days, is watching new movies, and we subscribed, temporarily, to the Metropolitan Opera's streaming service, where over the course of a few days we watched the Met's performance of Carmen. Wow. Just wow. Yea, obviously in this "woke" age how men and women treat each other in this opera might seem surprising to some of the young uns, but the music and the sensuality of it all, the sets - just breathtaking. Seriously, though, I'm not sure how people watched opera in the past without subtitles. The Met channel gives just enough subtitles to know what they're singing without cluttering up the screen. And you can always turn them off, if you know Italian.

We finally got to watch the one Steven Spielberg film I'd never seen, surprisingly: Empire of the Sun, the film which catapulted 12-year old Christian Bale to stardom. Long, but utterly engrossing and brilliant movie. Of course it is. It's from my buddy Steve.

Before too many days pass by, HAPPY 23rd BIRTHDAY to daughter Audrey! She celebrated in various ways over the last couple of days, either virtually or with social distancing. Either way, I hope you had a nice time, number three. Love you more than I can ever say. Though I do try. :)

Another aspect of the GTO I've been noticing, well two things, or two aspects of the same thing, is that the bitter, angry rhetoric slung back and forth across the social and political net has faded a bit, chilled out, taken a breather (one reason why I've decided to refer to the pandemic as a Time Out).

If you wore a red hat or will never touch one again, if you have a flag and gun on the back of your pickup or a peace sign in the window of your Prius, if you decide to change your gender or find yourself uncomfortable even with the concept, or (on that note) if you insist gender is not a biological constant or you have raised kids and know from experience that's of course it is, everyone gets so mad at anyone who doesn't live, think or eat the same way as they do.

Oddly enough, over the past few years, I've decided that people who are "woke" and lean left (liberal) as just as intolerant, if not more so, than any Republican, conservative or religious-right individual. I always thought that my liberal brethren lived to be open and accepting of everyone, but have found this only means people who agree with them. Disagree, and you will be punished by a handful of very angry people who expand their online rhetoric like a peacock with its feathers, appearing more menacing than they should....

Sorry, got off track, but my point is, I hope people, throughout this GTO, have realized that over the past few years they have completely lost their perspective. We need to start being nicer to each other.

Lately, there have been new rumblings, more angry FB posts, not to the level it was, but the graph has started to slope upward again.

Perspective is something easily lost. Come on, people, take a breath, watch or re-watch #somegoodnews,  Remember that in the end what YOU think and how YOU decide to live is YOUR business. As long as you are not hurting anyone

and all the rest of us should love and respect that, even if we don't agree or live however way that is, be it a political leaning, a religious belief, a sexual preference, gender choice or how you place your toilet paper on the roll. I will never agree politically with a Red Hat, but I know and love quite a few of them (and we avoid political conversations), and on the other end of the spectrum you will likely never convince me that gender is 100% a social construct and choice, but I know a number of non-binary and trans people and respect their choice with sincere love and I will defend their right be be who they choose, again as long as they respect my own personal opinions and none of us tries to punish the other for being a free thinker.

The GTO is a wake up call, people. Maybe that time is short, for us as individuals or as the world in general.


Stop venting your own insecurities and anger at other people and live your life with respect and love for others, be you Left, Right or Upside Down.

If we all did this, man, what a great world we'll have waiting for us out there when it becomes Time In again. 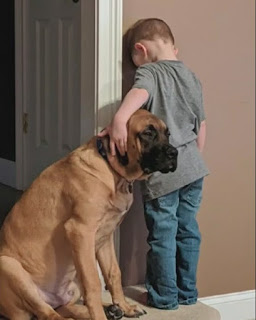